SALLY GRAY | Educational Reform
Dr Sally Gray is a creative thinker whose self-crafted career has been independent and inventive. She is currently a writer, curator, artist, concept developer and creative producer with projects realised, nationally and internationally, under the umbrella of the arts consultancy she founded in May 1994.
Sally, Gray, Sydney, Artist, Curator
22014
portfolio_page-template-default,single,single-portfolio_page,postid-22014,ajax_fade,page_not_loaded,,select-theme-ver-4.5,wpb-js-composer js-comp-ver-5.5.2,vc_responsive 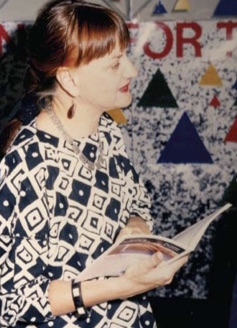 At the beginning of her career, Sally Gray was an advocate for curriculum reform, exam reform and students’ rights in the Victorian state education system (1968-70). She was a progressive educator at West Head School in Sydney (1973-74), a researcher and tutor in the Education Department of the University of Sydney, where she wrote and co-wrote postgrad Diploma and Masters courses on the politics of education, progressive education and women’s studies. She worked closely with Professor W. F Connell researching the history of educational innovation and reform in Australia (1975-1978). At the same time she was a consultant to the Australian Schools Commission, helping to decide projects to be funded under the Commission’s Innovations Program, implemented by the Whitlam Government to help generate fresh ideas and creativity in Australian schools.

In a time of vibrant thinking about the interfaces between education and political economy, she was a member of The Radical Education Group (REDG) and a member of the editorial collective of the Radical Education Dossier. She participated in the groundbreaking1976 Sydney conference with the American Marxist economists Sam Bowles and Herbert Gintis (Schooling in Capitalist America 1976). She wrote her Masters thesis (University of Sydney 1978) on whether progressive educational reform can have an impact on equality and social justice. With other women she campaigned for the unionisation of under-recognised research assistants at the University of Sydney. She was a member of the teacher reference group for the ground-breaking publication Making the Difference: Schools, Families and Social Division (RW Connell, D Ashenden, S Kessler and G Dowsett 1982). Articles by Sally on social justice issues appeared during this time in Education and Honi Soit.

Throughout the 1980s Sally worked on programs for adult learners who had missed out on educational opportunities for reasons of gender, migration or other forms of disadvantage. She taught and managed courses for women from Bangladesh, Somalia and the Sudan, in East London (1980-1982); taught and managed programs for mature-age women and people of non-English speaking backgrounds in TAFE NSW (1984-87) and was an advocate for the education of women and girls in her role as a Senior Policy Advisor (Education of Women and Girls) to the New South Wales Minister for Education (1987-88).