SALLY GRAY | 4X4 + Thomas Piketty
Dr Sally Gray is a creative thinker whose self-crafted career has been independent and inventive. She is currently a writer, curator, artist, concept developer and creative producer with projects realised, nationally and internationally, under the umbrella of the arts consultancy she founded in May 1994.
Sally, Gray, Sydney, Artist, Curator
22391
portfolio_page-template-default,single,single-portfolio_page,postid-22391,ajax_fade,page_not_loaded,,select-theme-ver-4.5,wpb-js-composer js-comp-ver-5.5.2,vc_responsive 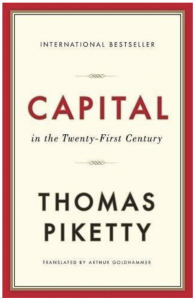 Fueled by an urgent need to understand Thomas Piketty’s Capital in the Twenty first Century Sally convened a focused Study Group to collectively unpack the findings in the book.  She titled the group ‘4 x 4 + Thomas Piketty’. Four women met for four half days in late 2014/ early 2015, working through the text, soon after the English translation of the book, by Arthur Goldhammer, was published in April 2014.