SALLY GRAY | About Sally Gray
Dr Sally Gray is a creative thinker whose self-crafted career has been independent and inventive. She is currently a writer, curator, artist, concept developer and creative producer with projects realised, nationally and internationally, under the umbrella of the arts consultancy she founded in May 1994.
Sally, Gray, Sydney, Artist, Curator
22152
page-template-default,page,page-id-22152,ajax_fade,page_not_loaded,,select-theme-ver-4.5,wpb-js-composer js-comp-ver-5.5.2,vc_responsive 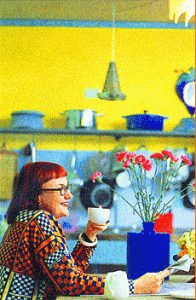 Dr Sally Gray holds undergraduate and postgraduate degrees in history from Monash University Melbourne and the University of Sydney. Her PhD in Art History and Theory from UNSW, Sydney was awarded in 2006.

In 2002 Sally returned to academic work as an independent scholar. Her writing has appeared in books, refereed journals and popular arts publications. Her 2017 book Friends Fashion and Fabulousness: The Making of an Australian Style was re-issued in a new edition in 2019. She lectured on Art, Fashion and Design History at UNSW and UTS, Sydney, between 2005 and 2009. She gives numerous public talks and conference papers on art, design, architecture, fashion and urban planning. 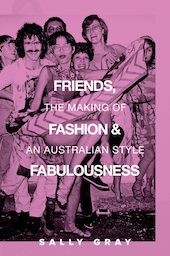 Her awards include: Postdoctoral Research Fellowship from the Australian Research Council (2010-12); a Visiting Research Fellowship at The Centre for Fashion at the Museum of Applied Arts and Sciences, Sydney (2015-2016); Visiting Scholar in Cultural History at UNSW, Sydney (2013-2015); Postgraduate Research Scholarship, School of Art History and Theory, UNSW Art & Design (2003-2005); Churchill Fellowship to conduct international research on how meaning is created through exhibition curating and design (1993).