SALLY GRAY | David McDiarmid’s Rainbow Aphorisms in the Public Realm, London
Dr Sally Gray is a creative thinker whose self-crafted career has been independent and inventive. She is currently a writer, curator, artist, concept developer and creative producer with projects realised, nationally and internationally, under the umbrella of the arts consultancy she founded in May 1994.
Sally, Gray, Sydney, Artist, Curator
22283
portfolio_page-template-default,single,single-portfolio_page,postid-22283,ajax_fade,page_not_loaded,,select-theme-ver-4.5,wpb-js-composer js-comp-ver-5.5.2,vc_responsive 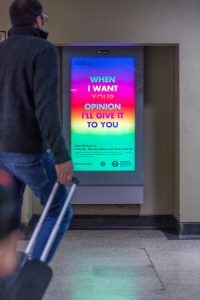 As curator of the David McDiarmid legacy Sally Gray worked through 2017 in collaboration with Studio Voltaire and Art on the Underground in London to present a selection of McDiarmid’s Rainbow Aphorism digital art works (1993-95) throughout public spaces in London. From November 2017 to October 2018 the work appeared across the London Underground network and in public spaces in Clapham, South London. The project was initiated by Studio Voltaire and realised in partnership with Art on the Underground, Sally Gray and the David McDiarmid estate. 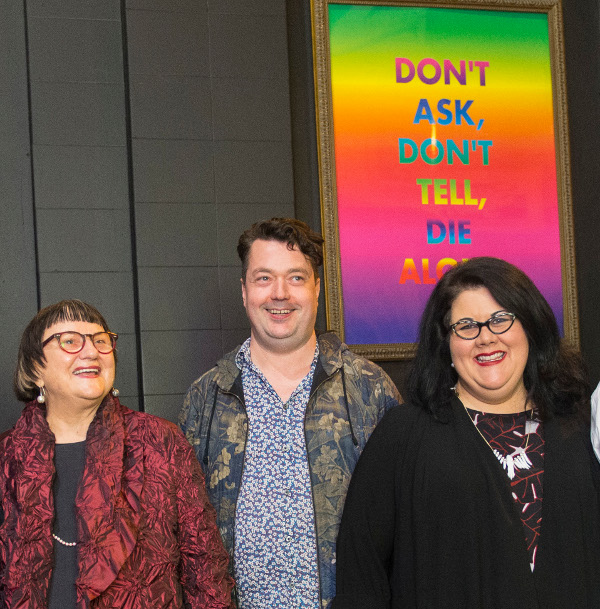 Sally’s lecture at Studio Voltaire to launch the project